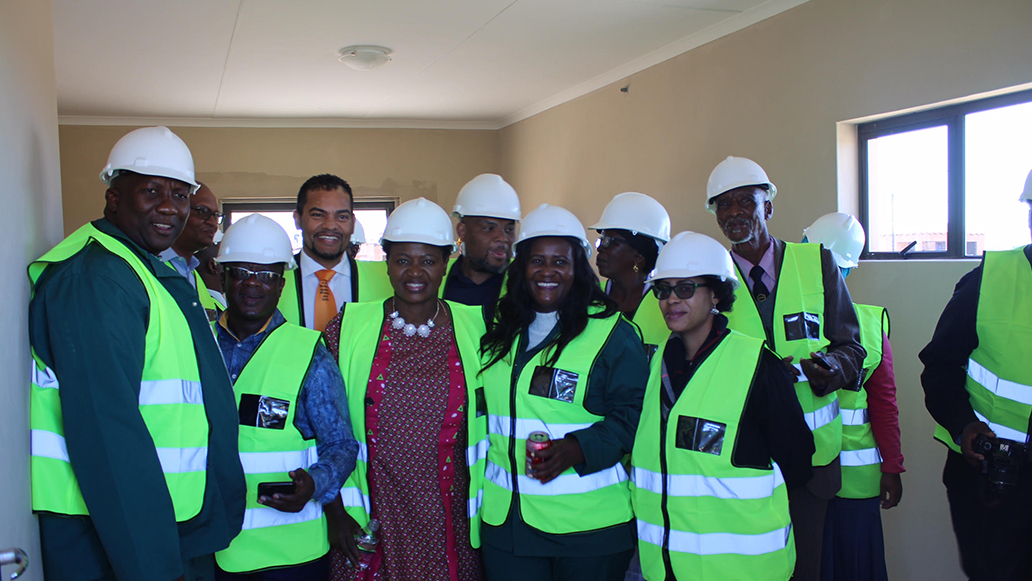 “The work being done and the progress being made by the HDA is a true reflection of government commitment to eradicating poverty, unemployment and inequality through the provision of quality homes, thus building a better Africa and a better world”, said Deputy Minister Kota-Fredericks.

The HDA was commissioned by the Department of Mineral Resources to assist with the construction of houses and the relocation of 22 households from an asbestos contaminated site to an area deemed un-contaminated. The Department of Mineral Resources completed phase 1 of rehabilitating the area and also developed house plans for the beneficiaries. The HDA is the implementing agency responsible for managing the construction of the houses.

Phase 2 includes the relocation and construction of the 22 houses for the affected households and the upgrade of the Tribal Authority Facility. Beneficiaries will receive houses similar to the ones in which they are currently living and, once the project is complete, will be more integrated with the rest of the Heuningvlei Community.

The project is a direct positive response to the housing needs of the “gap market” those who neither qualify for the fully subsidised housing programme nor qualify for the bonded houses. It was developed under the Social Housing Policy for households with monthly incomes between R1500 to R7500.