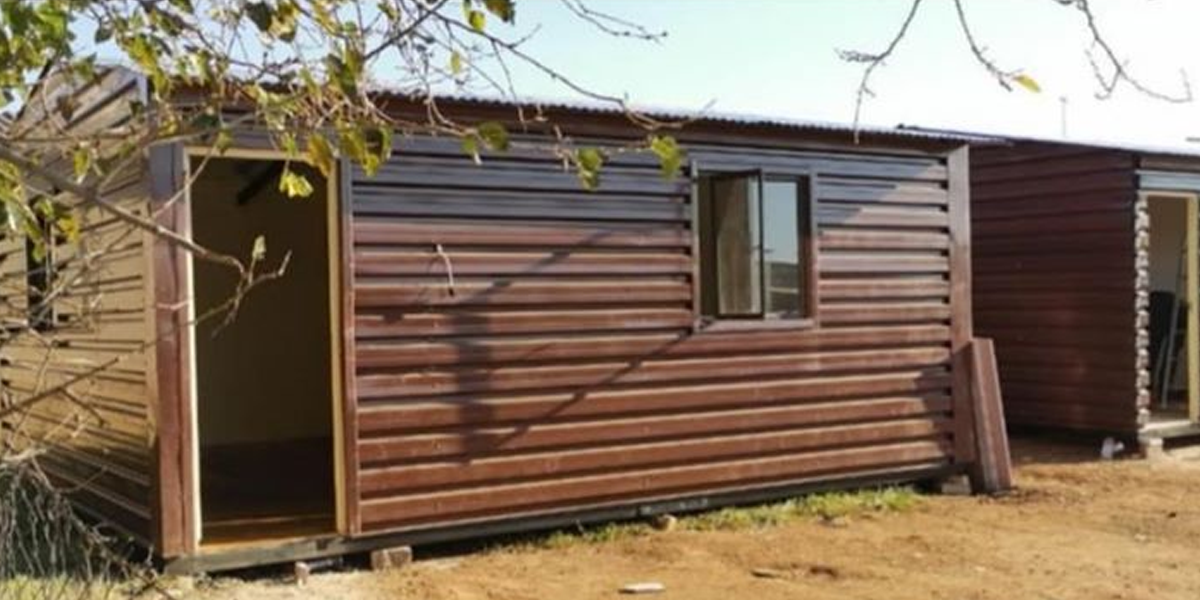 The Mamelodi hostels comprises an estimated population of 8000 people, mainly men who migrated to Tshwane during the Apartheid era to seek greener pastures. The dormitory set up residential area was built by the then Apartheid government to house about 16 people in each. Not only is this condition unfavourable for living in but also poses a grave health risk for the residents during the Covid 19 pandemic due to overcrowding – Should there be an outbreak in the hostels the disease could spread easily and quickly.

It is against this background that the Housing Development Agency (HDA) was mandated by the City of Tshwane to construct 1000 quality temporary relocation units (TRUs) to reduce overcrowding for people living in the hostels. 700 of these are intended to be used as residential units and the remainder as quarantine units.

On 14 May 2020 the Minister of Human Settlements, Water and Sanitation visited the project, accompanied by the Tshwane Administrator for Human Settlements, Danish Ambassador to South Africa and Human Rights Commissioner. The purpose of the visit was to inspect the ongoing project and hand over Covid 19 personal protective equipment as well as water tanks donated by the Danish Embassy.

“The risks posed by overcrowding in our informal settlements are real. This requires all of us in the sector to work in unison to save lives by containing the spread of Covid 19.” Said
Sisulu.

“Our people have been living in these conditions for a long time. It is not right that they live in these conditions.” Tshwane Administrator, Mpho Nawa said the plan was to remove willing participants from each block, who would then be moved into the TRUs, which are being erected on the same property as the hostels.

The TRUs project, when completed, is expected to house approximately 4000 people and targeted to be completed by July 2020.