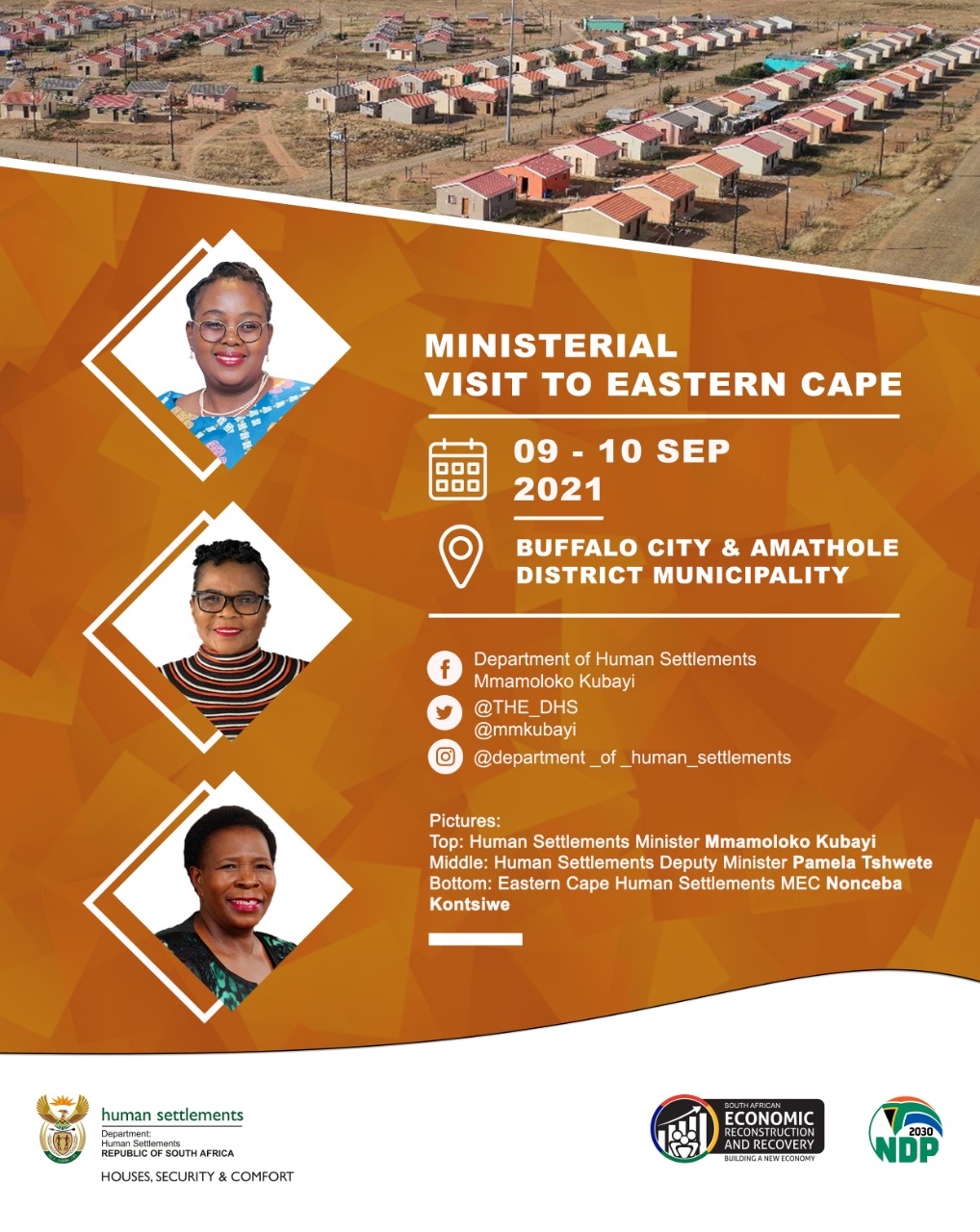 The Minister of Human Settlements, Mmamoloko Kubayi has called on the sector to contribute towards government’s programme in urgently responding to poverty, unemployment and inequality. The Minister was speaking at a meeting on her first day visit to the Eastern Cape Province to assess and understand the delivery of sustainable human settlements.

The purpose of the Ministerial visit is in the main to ensure that the provincial Department of Human Settlements is back on track with the delivery of houses, while meeting its 2021/2022 set targets. The meeting also underscored challenges which have caused the Province not to perform at an optimum level.

The Minister has been given an assurance that the province was committed to turn the corner and transform the lives of the indigent people. To this end, over 3000 housing opportunities have been delivered between April to June 2021.

Minister highlighted the importance of using resources in the sector to create job opportunities, particularly for youth.

“All three spheres of government need to work in a more coordinated and integrated manner to solve our socio-economic challenges. We are here in the Eastern Cape to learn and identify gaps so that we can collectively device solutions with the aim of improving service delivery going forward”.

She also challenged municipalities to assist the department to deliver on its mandate by ensuring that plans and approval of township establishments are done timeously. This will help to rapidly deliver on the much needed houses and subsequently home security of tenure through the issuing of title deeds.

In her closing remarks, Minister Kubayi called for transparency and accountability to be the norm within human settlements.

Issued by the Ministry of Human Settlements