SCROLL UP
HOME
MULTIMEDIA
NEWS
From tents to dignity 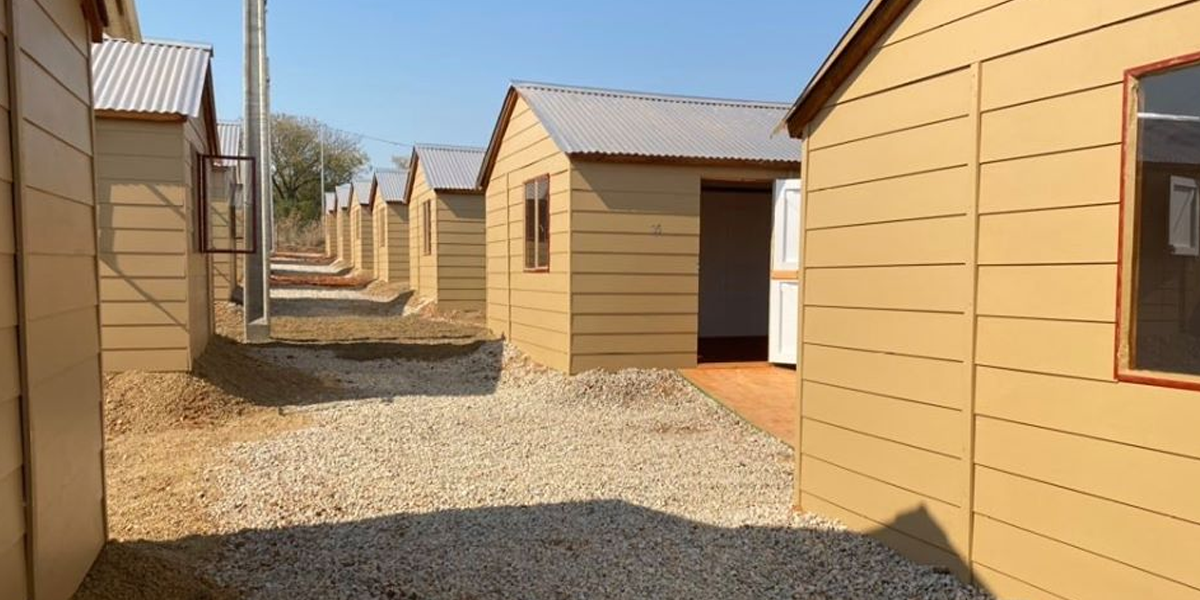 From tents to dignity

There was an overwhelming atmosphere of excitement as the community of Ikemeleng in Wilgeheuwel, Plot 323, Roodepoort (Gauteng) received their temporary housing units (TRUs) as handed over by the Minister of Human Settlements, Water and Sanitation, Hon. Lindiwe Sisulu on 24 May 2020. This particular community had settled in tents for four years following sudden and multiple rise of evictions from local farms in the Roodepoort area.

The Minister acknowledged, inter alia, the work of the HDA for the achievement of this great milestone. This was also echoed by different speakers who, amongst others accompanied the Minister; namely, the Mayor of the City of Joburg, Geoff Makhubo; MEC of Gauteng Department of Human Settlements, Lebogang Maile; Public Protector South Africa, Adv. Busisiwe Mkhwebane; South African Human Rights Commission, Adv Mohamed Ameermia; the private sector donor from South African Housing and Infrastructure Fund (SAHIF)
as well as representatives from different spheres of government and private sector.

“I would like to thank all those who have supported us. This indicates to us that South Africans care. We were here only [less than] two months ago and four tents were falling apart.” She further noted, “Together with the MEC [for Human Settlements] who worked together with my entity, the HDA – my greatest gratitude to them for working 24 hours to provide people with this [housing].”

Overcome with tears of joy running down her face the Chairperson of the community was grateful to government and private sector for the housing units.

“We never thought that this day would come. We are very happy.” Said Patricia.

The first temporary housing unit was erected on 22 April 2020. On 24 May 2020, the Minister handed over 70 completed Temporary relocation houses to the community to move into. The houses are made of an alternative building material called Rock Hard, which is a combination of fibre and other materials. This alternative building technology is an ideal
solution to not only provide our people with shelter but dignity and safety. It is cooler in summer, warmer in winter and fire resistant. It is reinforced by fibreglass to make the structure durable and stable.