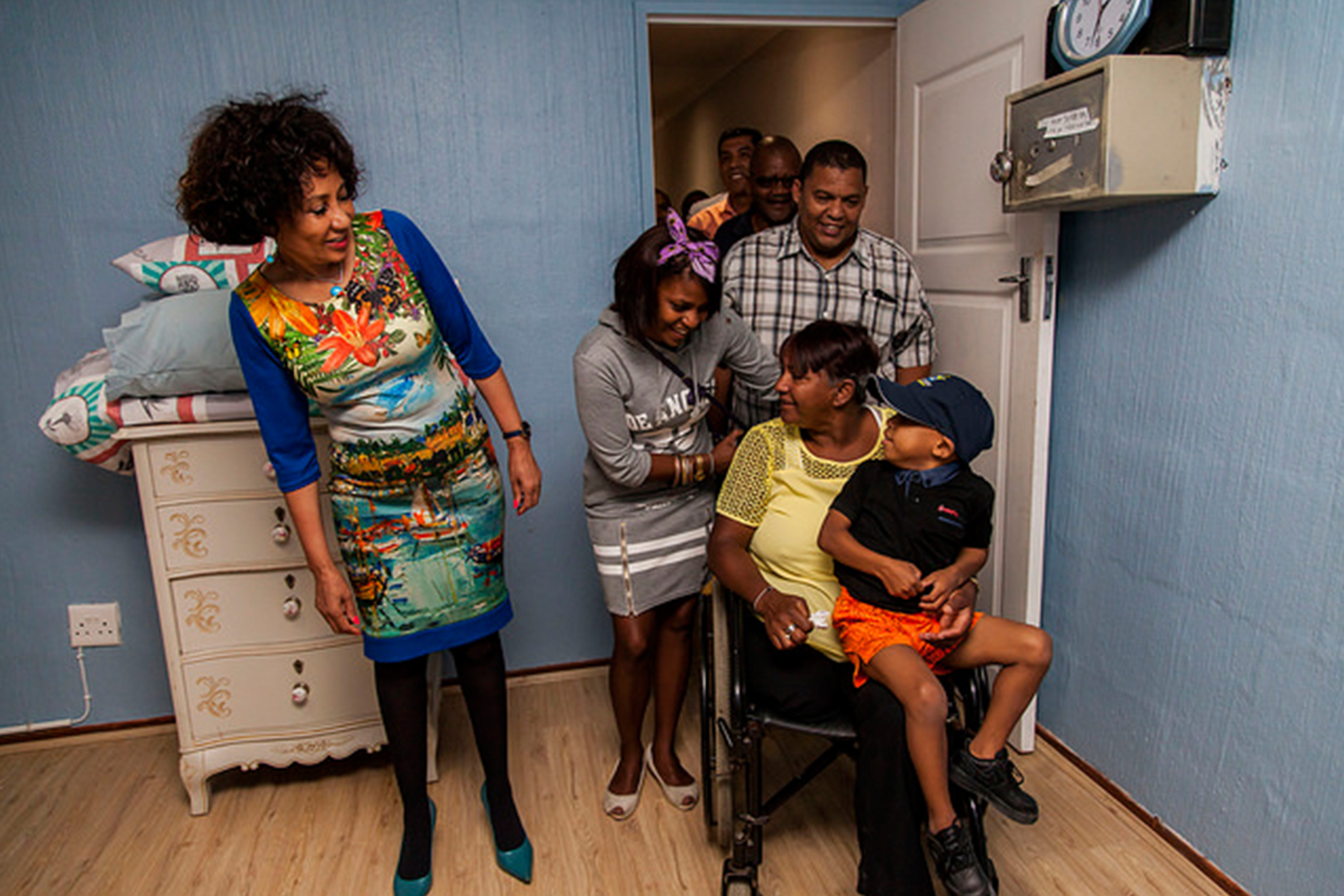 A dream came true for seven year-old Junaid Arendse and his family as the Minister of Human Settlements, Lindiwe Sisulu visited them at their made-over house on 9 April in Mitchells Plain, Cape Town.

Arendse, who is bravely battling pancreatic cancer, was excited to see the Minister at his home. He is always joyful and what’s more amazing about him is his cheerful smile, unequivocal resilience and will to live in spite of the severity of his illness. On two occasions, the doctors were convinced he will not live beyond a few months but the country saw him defying cancer odds. It was reported that in June 2015, doctors had given him just three months to live after he was diagnosed with stage four neuroblastoma — a solid cancerous tumour that begins in the nerve cells of infants and young children. The young man’s strong spirit has captured the Minister’s and many people’s hearts in the country.

The boy’s grandmother, Margaret, could not hold back her tears when she and her grandson arrived at their renovated and furnished house with new furniture and appliances.

“The Minister’s visit last month has brought so much joy to my boy, I am grateful to the minister and her team. I realised that she has compassion and motherly love”, said Margaret.

“I was amazed when I arrive at home. The house looks very beautiful with the furniture. I know my boy is sick but to see such happiness [in his face], means the world to me”, added the Margaret.

“This is my superman, this is my superman!“cheered the Minister while inspecting the house and carrying Junaid in her hands. “I would like to thank everyone who has contributed to this boy’s happiness. It shows that South Africa has caring and loving people,” added Minister.

The HDA in collaboration with the Ministry, project-managed the house make-over and rallied other organisations from government and private sector to contribute with their time and resources to make this project happen.