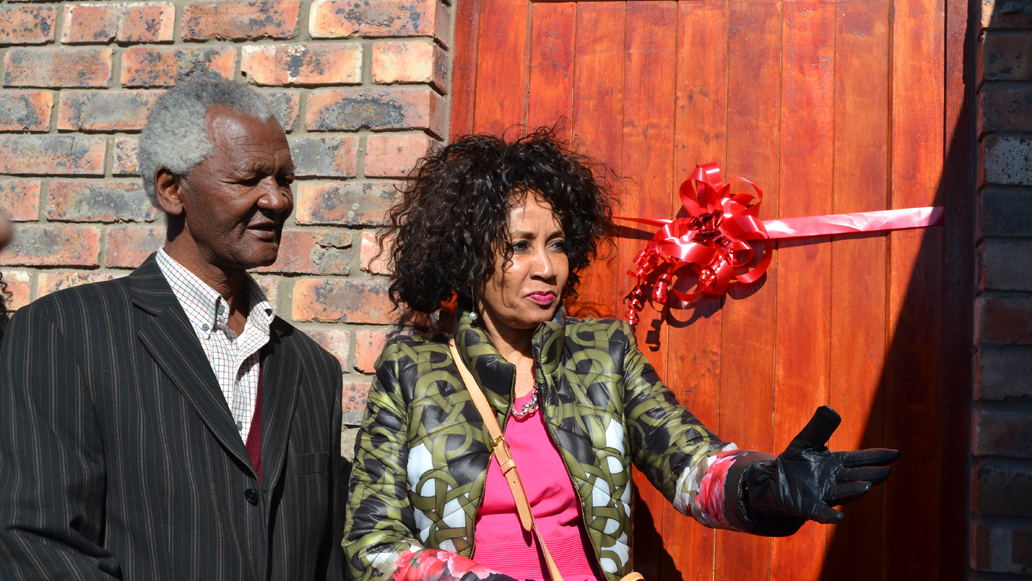 The atmosphere at the Chatty 491 Military Veterans Project was alight with excitement on Mandela Day as Minister of Human Settlements Lindiwe Sisulu visited the area to hand over new homes to veterans from various liberation movements.

The minister performed the official handover of the completed units on the project and interacted with veterans in their new homes before addressing the community at large. Chatty 491 forms part of the Zanemvula Mega Project and, once complete, will be made up of 491 houses occupied by military veterans from various movements.

Addressing the community, the Minister emphasized the importance of cooperation between her department and the Housing Development Agency to see the project through to completion.

“We commit ourselves to cooperate with the HDA and the community in the delivery of these houses,” she said to the audience of veterans and community members.
“This is a clear expression of our stated commitment to advance radical socio-economic transformation.” Said the President.

“We will also do all in our power to help speed things up.“Minister Sisulu also urged the community to stop vandalism and to cooperate with the agencies working in the area.

One of the beneficiaries, Andile Solo - an Azanian National Liberty Army (AZANLA) veteran - joined the youth organisation Azanian Youth Organisation (AZAYO) before joining BCMA in 1990. He was trained by AZANLA in Zimbabwe and returned in 1991. He was arrested in 1992 and sentenced to 22 years and 6 months only to be granted amnesty by the Truth and Reconciliation Commission in 1995.

Some of the other veterans who received houses on the day included Wandisile Ngada-Ngedane (71), also an AZANLA veteran, and Sipho Nodlawu, an Umkhonto Wesizwe (MK) veteran.